An Award! Of Sorts

So, this is way past due..but the lovely sexy yummylicious Babe Lincoln sent this my way and I wanted to "accept" and pass it along. So thanks Babe! I'm glad I could entertain you with tales of Mr. Man and my sexy adventures of late! 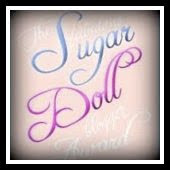 The condition is to reveal ten things about myself. Now since I've already done the "100 Things About Me" deal, I'm going to try and not repeat myself but hey, I'm not really THAT interesting people.

1. I went on a blind date with a guy named Kirby once in college. He reminded me of Eric Estrada from CHiPs (yeah yeah, I crushed on Eric) and I was smitten. We went to see a movie and he stroked my arm and leg through the entire show. I was so fucking wet. I never saw him again but I never forgot him. There's a photo of us around here somewhere. God he was hot.

2. I went on another blind date in high school. It was a disaster. He was a redneck guy who smelled like cigarette smoke. I don't remember his name but I do remember that we went to my first and final trip to the racetrack, as in drag racing. I was not a fan. And of course, THAT guy wanted to go out again. No thanks.

3. I used to want a pet orangutan. I guess I was about 13 or so. And I was as serious about it as a 13 could be. I begged my parents for one for months. I was crazy.

4. There are tentative plans to go skydiving in Vegas in October. I have never jumped out of a plane before but its on my bucket list so I'm gonna go for it dammit.

5.  My mom busted me and the neighbor boy "playing doctor" in the barn when I was a kid. I was the patient. I was mortified. She was livid. He is not a doctor, but I think is now a dancer in a gay club.

6. I want to fuck in the stairwell in the building where I work. And document it in photographs.

7. Politics bore the hell out of me. My eyes glaze over and I get very very sleepy when that topic comes up. You might as well be reading a Jane Austin novel to me out loud. Same effect.

8. I've seen John Mayer in concert three times so far. I have this weird schoolgirl goofy crush on him and those ridiculous faces he makes when playing the guitar. Or maybe I just have a crush on his guitar and tattoos...

10. You know the girl in the Baby Bell Laughing Cow cheese commercials? I have a girl crush on her.

So there ya go. I'm passing this on to C-Man and M. Because I think its kinda cool how they've shared their side of our escapades (cue Janet Jackson puh-lease), so you get all angles. So to speak. And, I heart them a lot.

Goodnight.
xoxo,
Bella
Posted by Bella at 12:24 AM